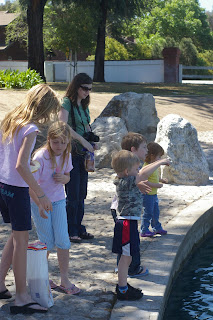 Life is full of little surprises. A little surprise for my kids during spring break was a trip to the duck pond complete with a picnic. They were thrilled by this simple adventure. Another little surprise was going to see the rose garden. Some surprises aren't as nice as others. One surprise we had was that the ducks were not as hungry as usual. Normally they come flocking to even the smallest morsel you throw at them. They have even been known to squabble over the bite at times. Today however, they were not as interested. That didn't stop us from pitching bites of bread their way.

It was then, that we were taken by most unpleasant surprise, as Ryan stepped too close to the edge and then right off of it. I only heard a big splash followed by my daughter shrieking her brother's name. At that exact moment, I saw him in the water flailing about trying to figure out what to do. Time froze all around me, and all I saw was him. I know it was all in an instant, but it felt like it took forever for me to react and move. I jumped right in after him and pulled him right out. He was crying of course, but he was safe. A very nice lady gave me a blanket to wrap around him as he was shivering. Luckily I had a change of pants for him. While his shirt hung in tree we sat down to eat our lunch, and then the kids surprised themselves by rolling down the hill, and having a blast.

After lunch, we made our way to the rose garden where found many beautiful flowers and other surprises along the way. Some surprises are good, some are not good at all, but the fact is life is full of surprises! 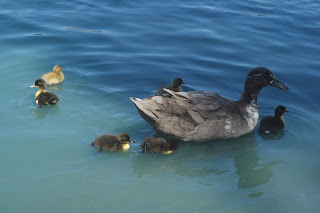 Mama and her babies. Quacked at them to get a move on when I got too close. 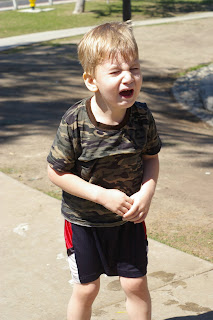 Not at all happy! 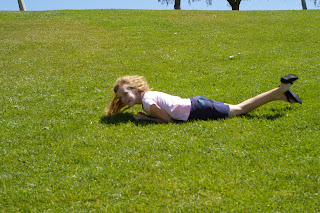 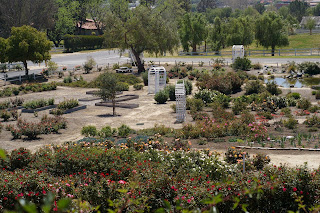 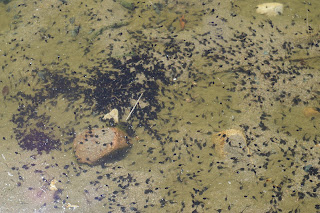 A surprising find! Too many to count. 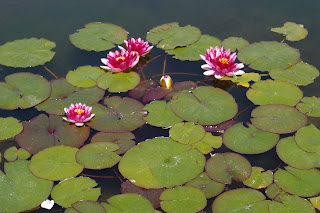 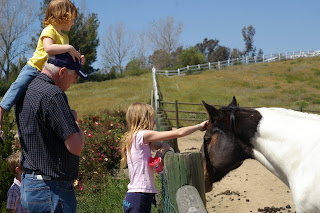 A surprising new friend for Kristin.

Emmy said…
That was quite the day! I will have to show you the video Melidee took some time. It wasn't when Ryan fell in, but he steps back and then steps forward and really close with every throw. After seeing that I wasn't the least bit surprised that he fell in. Not happy about it of course, next time you are over I will show you.
April 8, 2009 at 8:55 PM

Rachel said…
I finally found your blog! I did the same thing as you; I always saw your comments on Emily's blog and thought you were a friend from church. I will enjoy reading about your family. That's really fun that Eric and Emily live by you now.
April 10, 2009 at 9:10 AM

A Leave of Absence 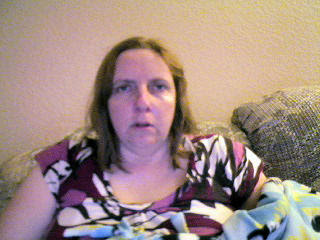 I just wanted let you all know that I am taking a (short) leave of absence. I was feeling under the weather last Friday, and Saturday I was a lump. By Monday I felt almost normal again. Tuesday even better! By Wednesday night the whole left side of my face felt completely packed. Today(Thursday) I am at death's door. Or maybe it's at mine! All I know is, I haven't felt this crappy in a long time. I spent the day at my mom's and mostly slept. Thanks Mom. Now Rich is home and he is running the show. I shall return...as soon as I stop feeling like this.
Read more 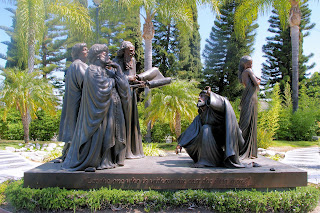 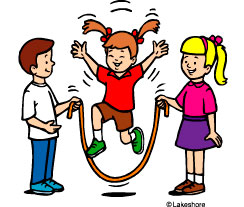